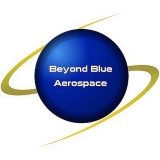 Drilled small holes in the birch pieces for inserting nails. The nails will hold the pieces in place during cure. 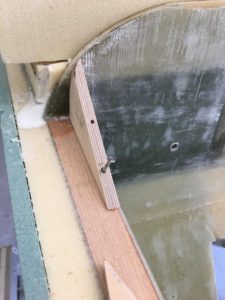 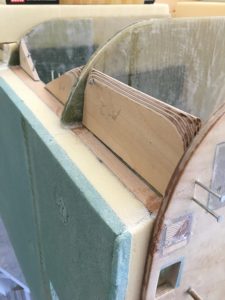 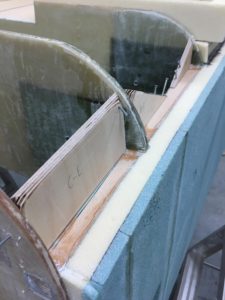 Vacuumed the mating surfaces of the fuselage bottom and the 1″ & 2″ NACA scoop foam blocks. 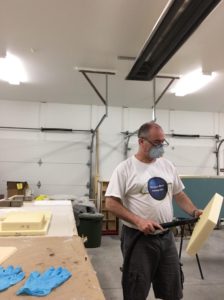 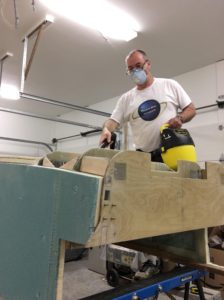 Workshop temperature 27 deg C and humidity 64%. This was the first time in quite awhile that I didn’t have to turn the shop heater on. Its 28 deg C outside and very humid. 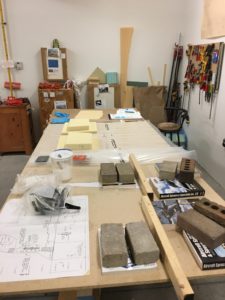 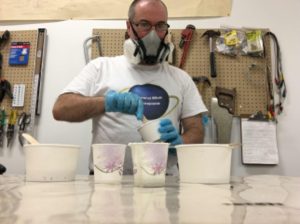 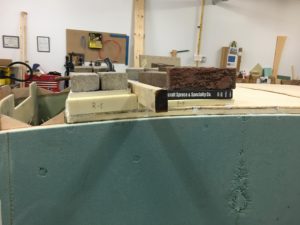 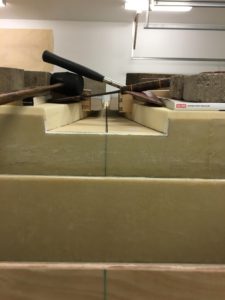 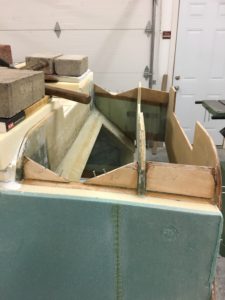 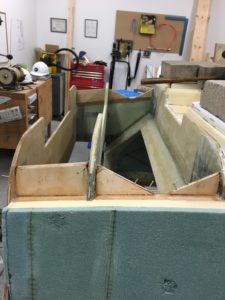